The two top floors 12 and 13 of the German Central Bank’s head office in Wilhelm-Epstein-Strasse, Frankfurt, have been brought in line with the latest fire protection standards. The surfaces have also been replaced or refurbished. The two top floors of the administrative building accommodate the board and meeting rooms. During the three-phase construction period, these rooms continued to be used, so that the work had to be carried out mainly at nighttime and on Saturdays in order not to disturb normal operations.

On the 12th floor, all office partitions were replaced while the corridor walls remained intact and were protected from damage during the construction work. The pipes and cabling under the ceiling slab were replaced and brought up to standard. Cooling ceilings were installed in the office, while the corridors and lobbies were furnished with wood-veneered metal ceilings. The lavatories were completely renovated.

The 13th floor was completely gutted apart from the piping and cabling under the ceiling slab and the large technical rooms themselves. After the building services were re-assembled, a cavity floor was installed on the floor slab, on which the wall cladding, which had been dismounted and refurbished, was re-installed. Again, the lavatories were completely renovated, and the kitchen brought up to standard. 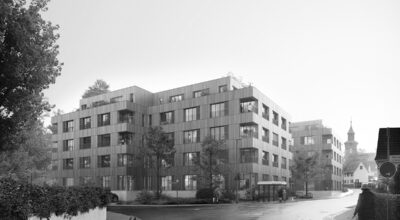 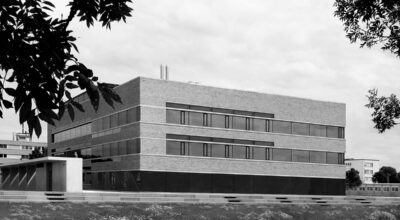