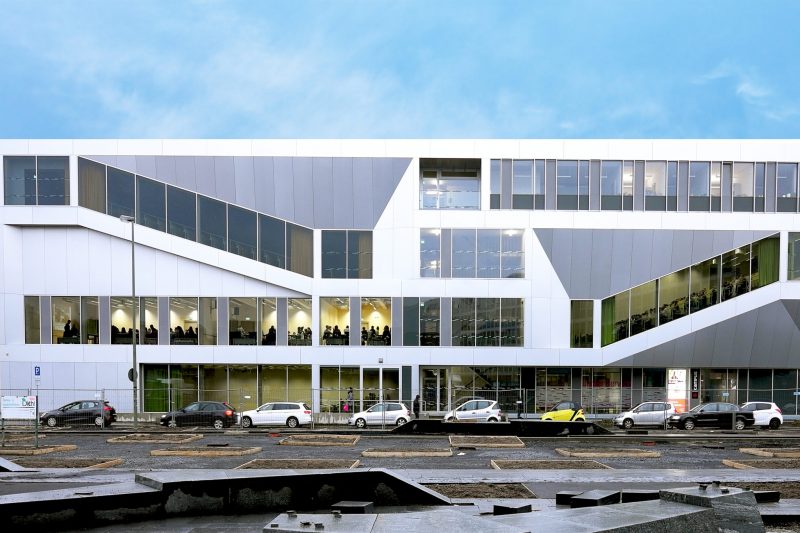 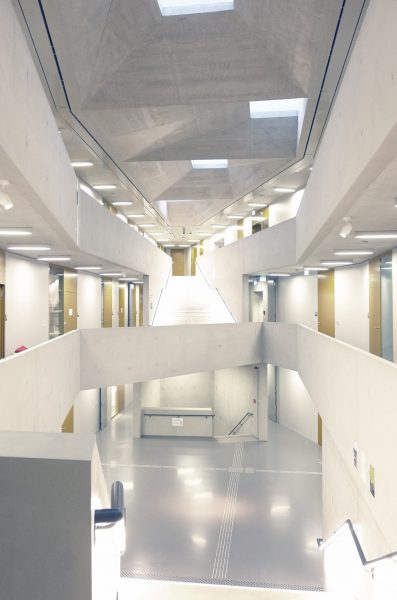 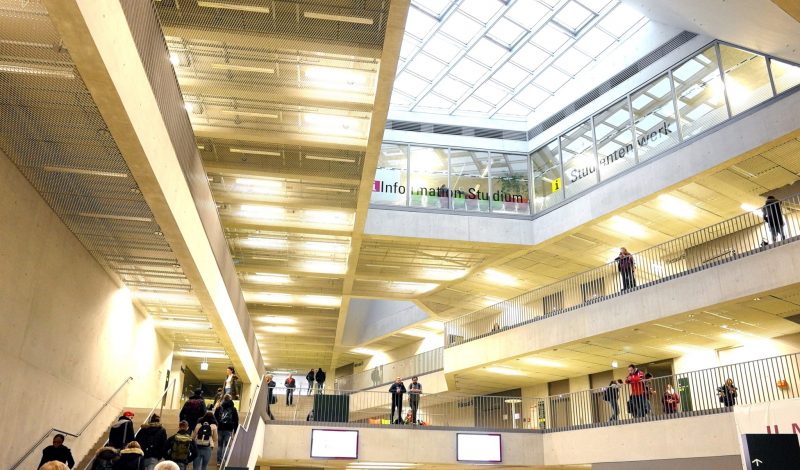 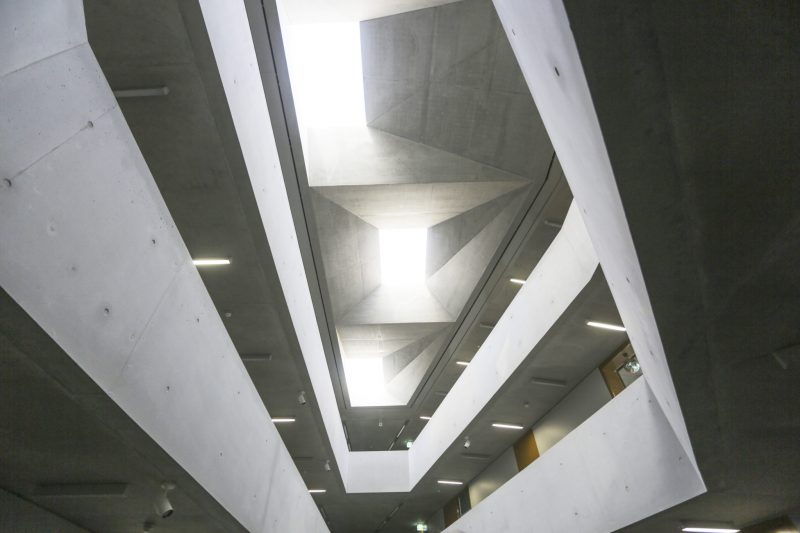 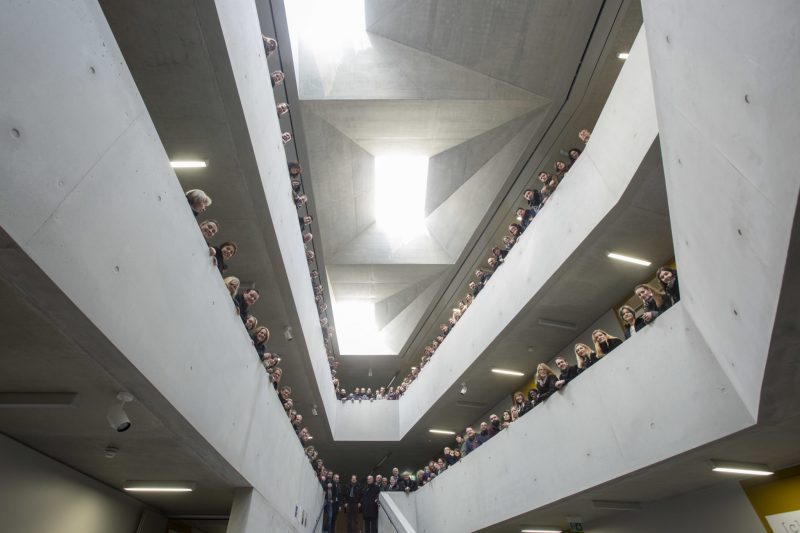 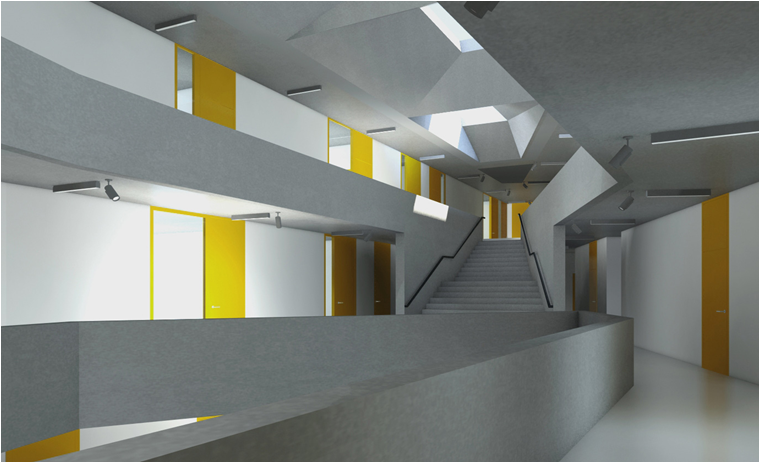 The new building for the Department of Architecture, Urban Planning and Landscape Planning at the University of Kassel (ASL) forms an ensemble together with the former production hall and the gatehouses A+B. Although the four-storey building with the shape of an elongate hexagon is designed as a solitary structure, it derives its contours from the edges of its built environment. Towards the West, it forms a square together with the existing buildings, and towards the South, it creates the endpoint of the campus development.

The elevated ground floor allows a view and passage from the street in the West to the park in the East. It also provides access to the spacious foyer with the exhibition areas and the lecture halls.

The atrium reaches from the first to the third floor and is naturally illuminated by five skylights. It forms a communicative space across the floors and may also be used for design presentations. The public areas are characterised by walls, ceilings and parapets made of exposed concrete. The atrium roof is additionally folded into facets in a triangulated geometry, reflecting the skylight in varying intensities.

The facades are structured by strip windows and glass-clad concrete parapets with the window openings appearing as vertical elements in the facade. The different facade patterns reflect what is going on inside: The narrow distance between the elements in the middle of the building indicate offices, whereas the wider distances at the building’s edges indicate libraries and seminar rooms. 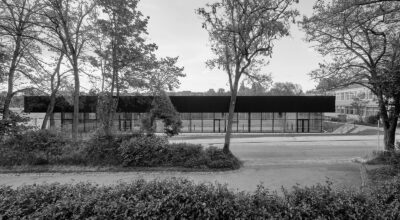 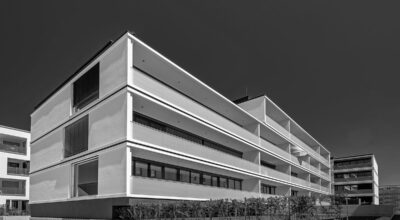